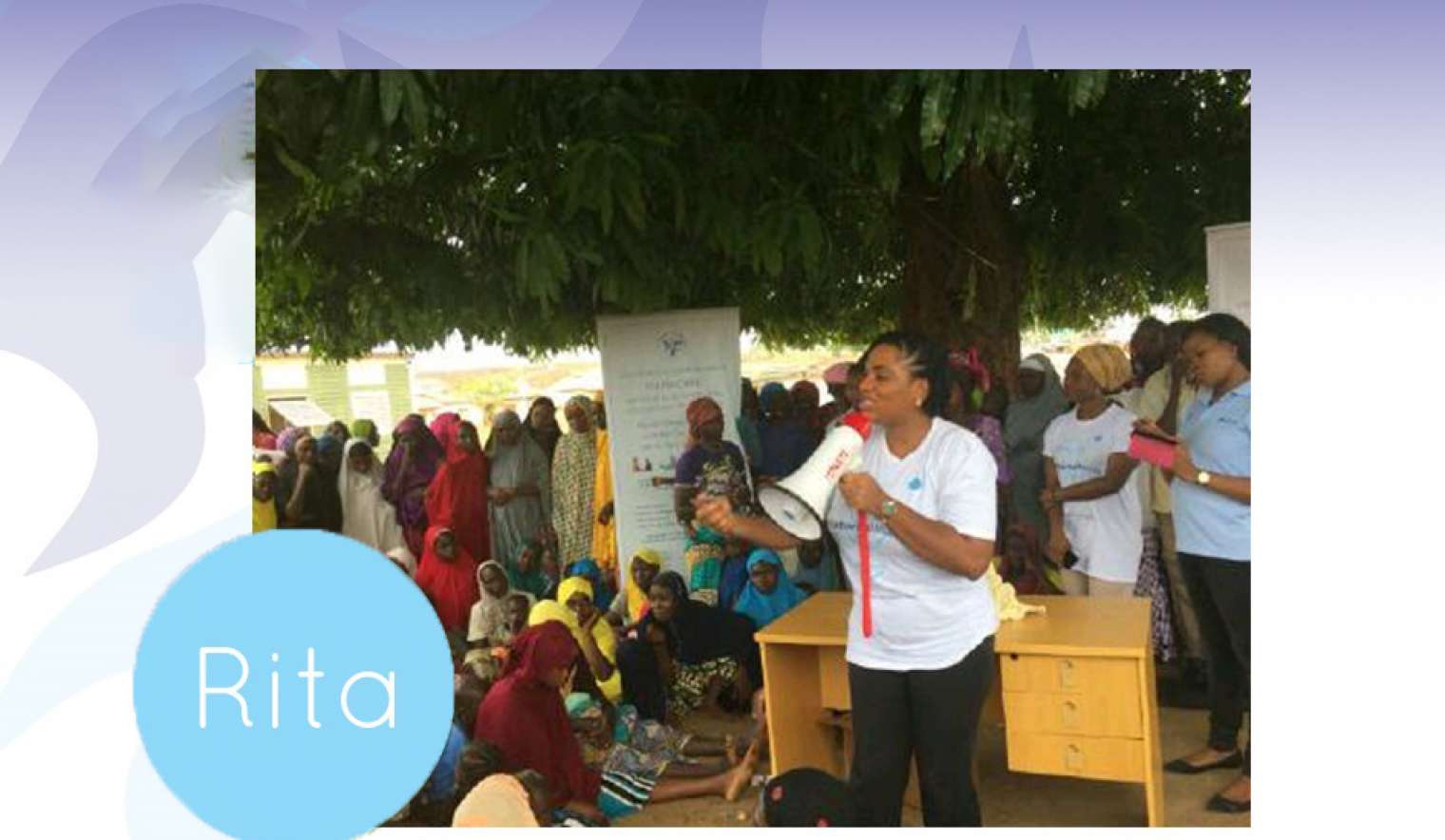 By Anonymous (not verified) 1 Comments

In this weekly series, the WBFA will introduce you to our MamaCare midwives. MamaCare is perhaps the best known of the Foundation’s programmes, with over 200,000 women over more than two years having taken part in our antenatal and postnatal classes. Not one of our MamaCare mothers has died in birth, despite a woman in Nigeria having a 1 in 12 chance of dying in childbirth in her lifetime.

The first midwife in our series is Rita, the WBFA’s MamaCare midwife based in Abuja. Rita has brought her unique brand of imparting knowledge to her MamaCare classes – skills that she learnt in her first profession as a teacher. 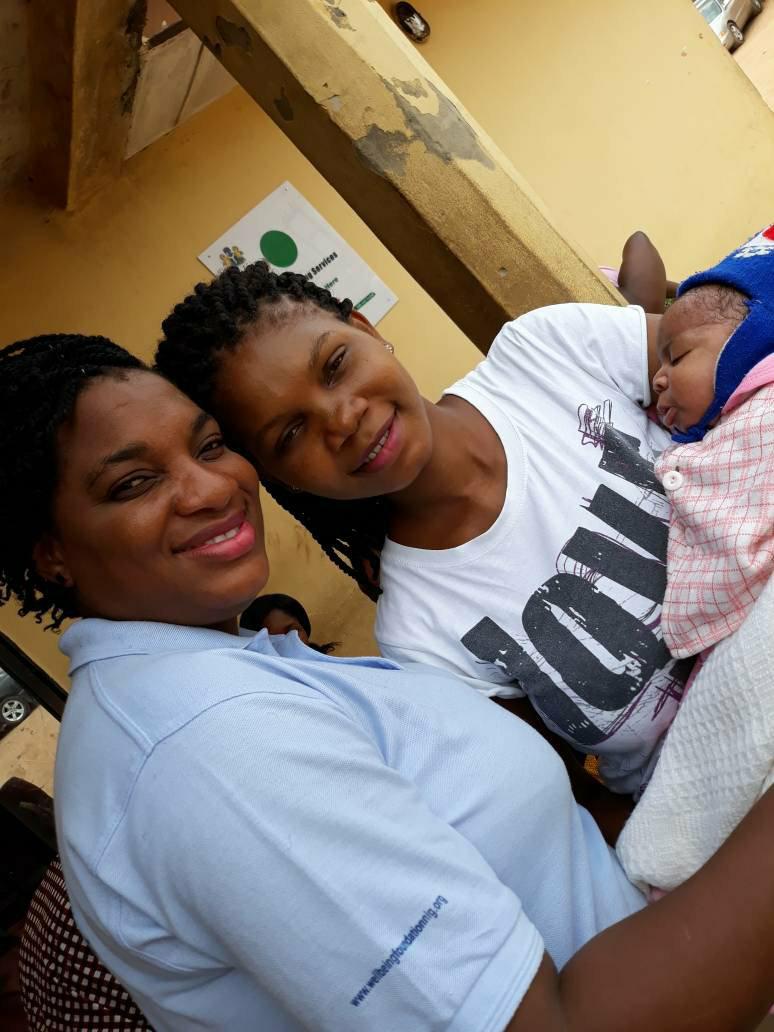 Struck by the dangers faced by pregnant women, mothers and their infants in her own community, Rita retrained as a nurse, before becoming a qualified midwife. Now a midwife of seven years, Rita has been with the Foundation for two years, regularly covering eleven MamaCare class sites. That includes two camps for internally displaced persons (IDPs), five primary healthcare centres and three hospitals. Each class location has its own rhythm and community – at the healthcare centre in Lugbe you need to get there early to have space at the front to properly join in with the dancing. (Rita explains that her major passion outside of her work is singing and dancing – it is certainly a passion she brings to her work as well!)

Those classes are life-saving, but cover only part of what Rita does every day. She also runs the WBFA WhatsApp groups for expectant and new mothers, where questions and worries are aired 24 hours a day. Whilst our MamaCare classes do not yet operate throughout Nigeria, friends and family of those already in the group from all over the country are added, giving a huge scope to the community – which is constantly changing, as newly-confident mothers leave to make space for newly expectant mothers. It allows Rita to give her qualified advice and to attend to emergencies swiftly and discreetly. Rita is also instrumental in coordinating vaccination efforts in the community, education programmes and, of course, home visits.

MamaCare midwives are at the heart of the work of the WBFA – both on the frontline, but also in influencing our global programmes and advocacy. When the WBFA was asked to be part of a global campaign on World AIDS Day, alongside Prince Harry and other global advocates, it was Rita who brought her frontline experience to the fore.

About 4.4 per cent of women attending antenatal clinics in Nigeria are infected with HIV. An increasing number of children are infected with the virus, through mother-to-child-transmission - yet less than 1% of pregnant mothers have access to counselling and testing services for HIV in Nigeria. The overall care of the mother and child is central to the philosophy of MamaCare, which means that alongside safe birth, breastfeeding and care for the child, subjects such as drugs, domestic violence and savings are discussed too – as well as sexual health and wellbeing. 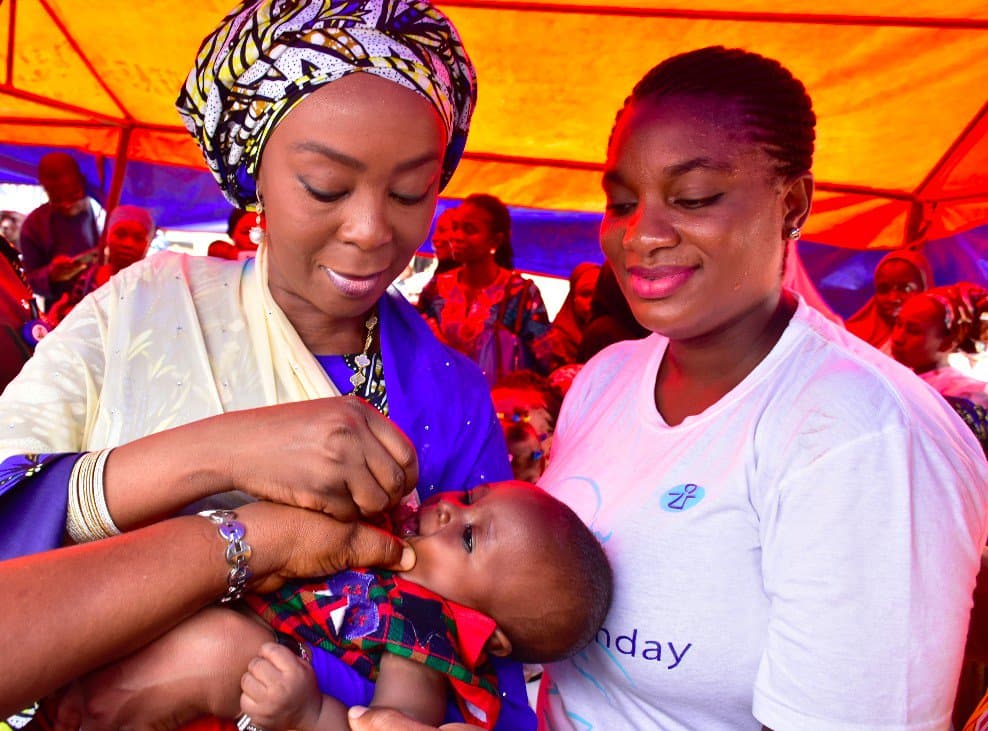 One expectant mother registered for MamaCare antenatal care classes at Lugbe, Abuja, when she was five months pregnant. Both her and the father of the child were HIV positive. Rita counselled the mother on four separate occasions, in a centre connected to a primary healthcare clinic, and ensured that appropriate medication was available for the baby. Medication was distributed to the nurses and Rita herself kept an appropriate supply at hand.

The baby was delivered in a PHC clinic late one evening. Tragically, the baby was born with his intestines outside of his body. Rita was called by the nurses and took the family from hospital to hospital. Each time, as HIV-positive parents, they were refused care and the surgery to save the baby’s life. Eventually, the following evening, thanks to persistence from Rita and sponsorship from the WBFA, the baby received surgery.

That surgery came too late however to save the baby’s life. HIV-positive parents in Nigeria, Rita explains, have to struggle against prejudice and stigma to get the treatment that they and their children need. In this case that prejudice proved to be deadly.

Rita has also been closely involved with the WBFA’s new global campaign on water, sanitation and hygiene campaign in healthcare facilities, schools and communities. In her contribution to the foreword for the campaign launch, Rita explained:

“Most primary health centers in Nigeria lack good washing facilities. At the Lugbe PHC, there is no washing sink in the labor room, so water has to be fetched from the tap outside and brought to the mother. A health worker who wants to wash her hands will have to fetch a bucket. It is not possible for us to do our jobs as midwives without access to water, sanitation, and handwashing stations.”

When every Member of the US Congress, Nigerian Governor or WHO representative learns about the campaign, it is Rita’s words they read. Rita and her fellow MamaCare midwives bring their knowledge from the frontline to global advocacy.

We will finish this short introduction to Rita in her own words, when asked to give an example of her work:

“I had a patient called Esther. She found out that she was HIV positive early on in her pregnancy and was devastated. I told her and her husband that we would get through this together. It was a journey we took together – from the counselling I gave to them, to the deliveries I took myself, educating and supervising feeding and weaning, home visits and check-up. They now have two kids. Neither are HIV positive and they are a healthy, happy family.” 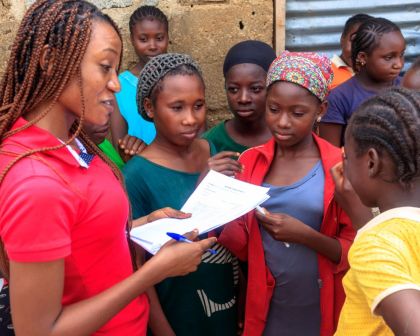 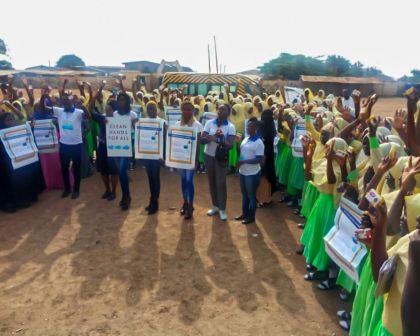 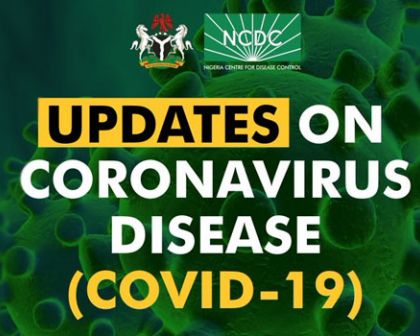