Availability and Quality of Maternal and Newborn Care in Kwara State, Nigeria 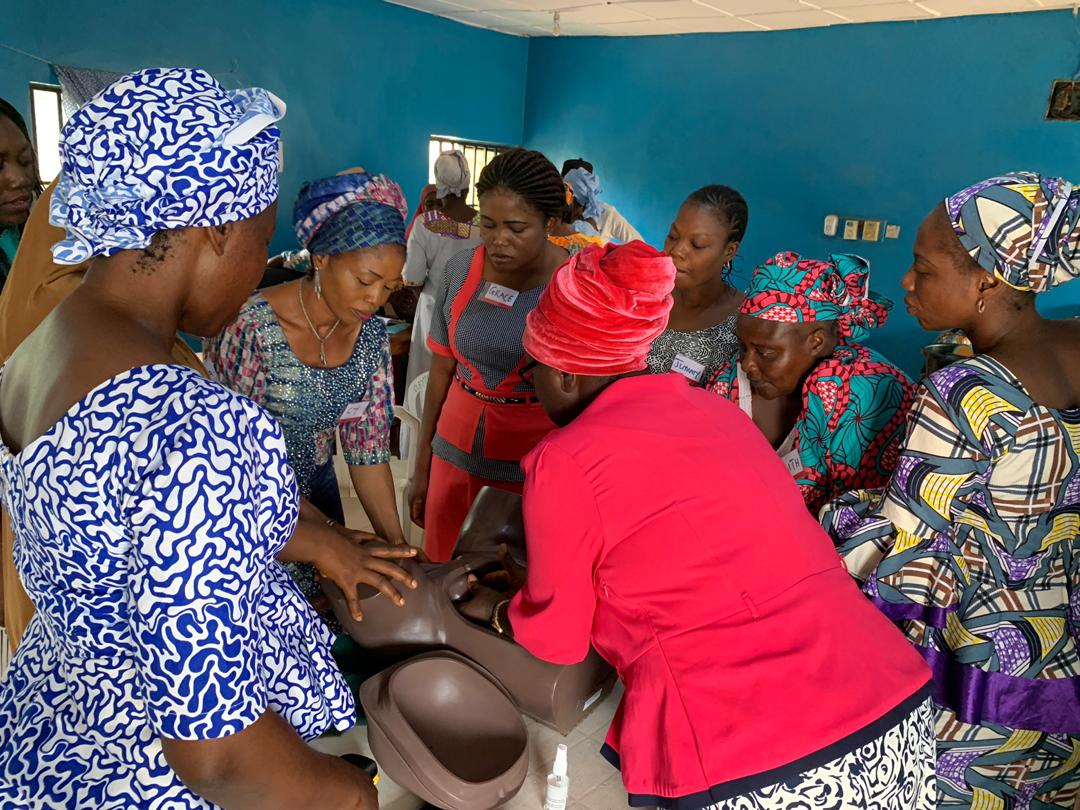 The Wellbeing Foundation Africa (WBFA), the Liverpool School of Tropical Medicine (LSTM), and Johnson & Johnson jointly launched the Emergency Obstetric & Newborn Care (EmONC) project in partnership with the Kwara State Ministry of health in 2015 to improve maternal and neonatal health by building capacities of healthcare workers in basic and comprehensive emergency obstetrics and newborn care (BEmONC and CEmONC) respectively with the potential to reduce maternal mortality by 15% and stillbirth rates by 20% in the state.

The project was a ‘Skills and Drills’ training package for Emergency Obstetric Care and early Newborn Care (EmONC) in Kwara State, Nigeria. Six of the 16 Local Government Areas in Kwara State were found in a 2013 report by the African Journal of Reproductive Health (2013, Mar; 17 (1):41-8) to have not met UN indicators on emergency obstetric care.

To combat this service provision gap, LSTM’s Centre for Maternal and Newborn Health (CMNH)’s the innovative programme has the potential to reduce maternal and newborn mortality by ensuring the improved quality and availability of skilled birth attendants (SBA), emergency obstetric care, and early newborn care (EmONC) with a measurable increase in knowledge and skills of healthcare providers. The training programme included support to pre-service midwifery institutions to improve the competency-based EmONC training components of their curriculum. 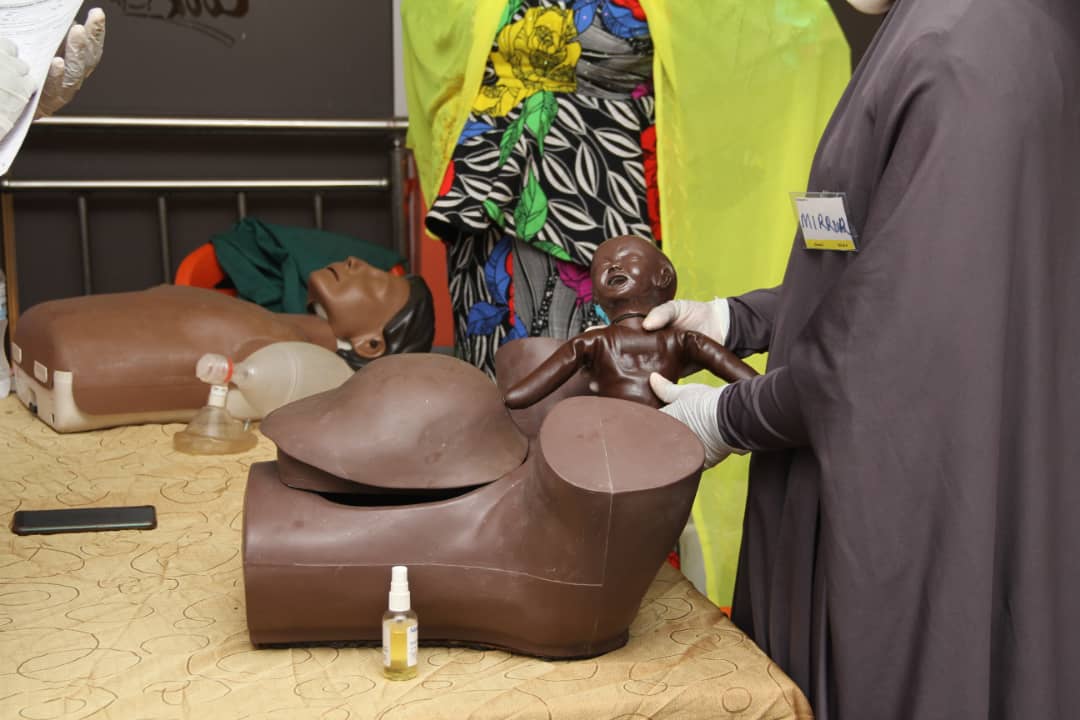 The programme was scaled up to 27 other facilities in the remaining 9 LGAs to consolidate the impact in the first phase, thus benefiting the entire State. At the end of the last phase of the project, healthcare workers in all 48 HCF in Kwara State were supported to provide Life-Saving Skills Training and emergency obstetrics and newborn care services.

The training programme included support to pre-service midwifery institutions to improve the competency-based EmONC training components of their curriculum. The programme will include in-service training for 80-100% of Midwives, Doctors and Community Health Extension workers who provide maternity services in the state’s public sector hospitals, setting up skills labs in three general hospitals, and upgrading the capacity of one skills lab in a pre-service midwifery institute.

Having worked together since 2011, Johnson & Johnson and the LSTM chose to work with WBFA based on the strength of their organisational capacity, reputation as a global advocate for maternal, newborn and child health (MCNH), and midwifery services, as well as WBFA’s Founder-President Toyin Saraki’s position as Global Goodwill Ambassador for the International Confederation of Midwives (ICM), and strong relationship with the Nigerian Midwifery Association.

The EmONC program was aimed at increasing the availability and quality of care for mothers and babies at selected HCFs in 16 LGAs in Kwara State by strengthening the capacity of health care providers in the targeted HCFs to provide quality care and also improving the capacity of hospitals in Kwara State to provide comprehensive emergency obstetric and perioperative care.

Built-up capacity of healthcare workers in the University of IIorin Teaching Hospital (UITH) to support EmOC&NC interventions in Kwara State.
Maintained activities in the 21 facilities across 7 LGAs where we have previously worked
Upgraded capacity in another 27 healthcare facilities across 9 additional LGAs to provide quality emergency obstetric and early newborn care.
290 healthcare providers were trained in EmONC to help them use their newly acquired skills on a regular basis.
88 healthcare providers were trained in quality improvement across all LGAs in Kwara State.
50 master trainers and skills lab coordinators were also trained and positioned to facilitate trainings and skills lab sessions on a regular basis
8 skills labs were set up and are being used on a regular basis by healthcare providers in the 16 LGAs.
21 facilities (100%) improved the availability of Emergency Obstetric Care services to their patients.
Exceeded targets for all phases of the programme.

In conclusion, findings from the implementation of the EmONC project in Kwara state show that to reduce maternal and perinatal death, HCWs need to be equipped with the right maternal and child care skills to ensure quality delivery of services in HCFs. This was clearly seen during the implementation as has been stated in this report on the percentage reduction and neonatal death in the State.

WBFA in collaboration with LSTM with great support from J&J ensured that HCPs across the 16 LGAs in the state are equipped with the necessary skills which included but were not limited to ABC of maternal and neonatal resuscitation, labor monitoring with partograph, patient-centered care etc. 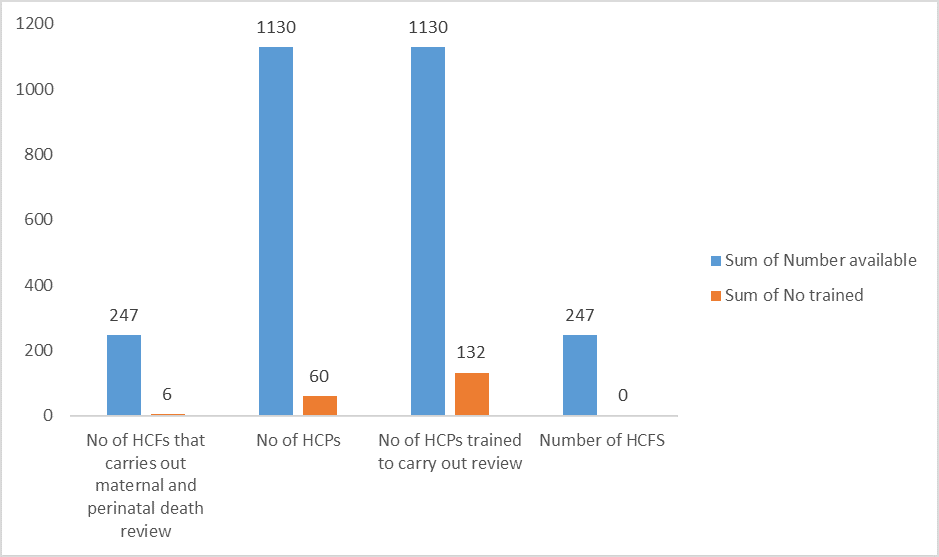 The absence of any form of Emergency Obstetric and Newborn Care & LSS training for healthcare workers in the healthcare services delivery system in the FCT over the years, coupled with Nigeria’s poor maternal mortality rate has highlighted the need to prioritise the following outcomes when the project is launched in the FCT: