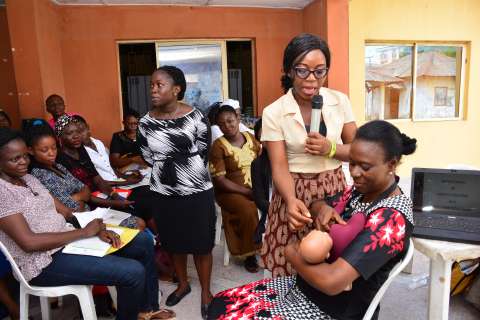 Early and exclusive breastfeeding for the first six months of life is the single most important nutritional determinant for child survival. Yet, in Nigeria, where more than 800,000 children under the age of five die each year, a majority of new mothers do not engage in optimal breastfeeding practice. Nationwide, only 33% of children are breastfed within the first hour of birth, and only 17% are exclusively breastfed for the first six months of life. Furthermore, poor infant and young child feeding (IYCF) practices contribute to the prevalence of stunting (37%), wasting (18%), and underweight children (29%) throughout the country.

Reasons for not exclusively breastfeeding vary, according to the published literature, but they consist of a complex web of structural, interpersonal, and individual factors. At the individual level, many mothers are not aware of the benefits of exclusive breastfeeding, or hold cultural or traditional beliefs that contradict and outweigh these benefits. These beliefs may stem from influential individuals in a new mother’s life, such as grandmothers, spouses, or traditional birth attendants. Moreover, overcoming these barriers is often difficult because such barriers are grounded in a mother’s belief that she is doing what is best for her child. For example, a mother may prematurely introduce alternatives to breast milk, such as water and solid foods, because they believe breastfeeding is inadequate for infant nutrition and hydration.

In light of this, there has been an urgent need to reframe early and exclusive breastfeeding as an essential practice for all new mothers and their infants, and to leverage the multiple touch points during and following their pregnancy. Considering the complex nature of the issue, mass education and awareness efforts alone are likely not to be successful. This issue must be approached from multiple levels, and utilize a variety of channels and measures to create an environment conducive to optimal breastfeeding practices.

To tackle the critically important problem of poor nutrition among infants and young children in Nigeria, the Wellbeing Foundation Africa has assembled with a world-class team that is as diverse as the issue at hand. The team combines expertise and experience from public and private sectors, marketing and academia, and implementers and thought leaders. The proven structure, developed by Alive & Thrive, a collaborative program which emphasizes on optimal breastfeeding and complementary feeding practices for infants and children, from birth to two years of age, and adequate nourishment and care for pregnant women, has added to our approaches that have been refined by the commercial private communications sector, which our collaborating partner, McCann, has built over decades. A technical approach has harnessed formative research to develop a communications strategy and media plan that can be executed through a range of channels, including interpersonal communications and mass media. Through research, design, development, implementation, monitoring and activities, including evidence-based, creative communications targeted to our audiences, we are overcoming barriers to early and exclusive breastfeeding, improving the diets and frequency of meals in young children in two states (Lagos and Kaduna) in Nigeria, and, importantly, demonstrating that our approach is replicable and scalable across the country.

As partners in efforts to improve breastfeeding in Nigeria, through public-private partnerships, McCann Global Health, FHI360l, the Bill & Melinda Gates Foundation, Alive & Thrive and The Wellbeing Foundation Africa have been committed to finding opportunities to support behavior change programs to promote appropriate IYCF behaviors. Having become familiar with Alive & Thrive’s programs in Bangladesh, Ethiopia, and Vietnam, the Wellbeing Foundation Africa have been able to build upon these efforts. While each partner brings to this engagement, expertise in private sector approaches to behavior change communications, community engagement, health training, and private-public partnerships, we are equally committed to ensuring that knowledge and best practices established through Alive & Thrive are leveraged and further expanded in Nigeria. To begin this process, the Wellbeing Foundation Africa aligned closely with the Alive & Thrive framework consisting of four main pillars: 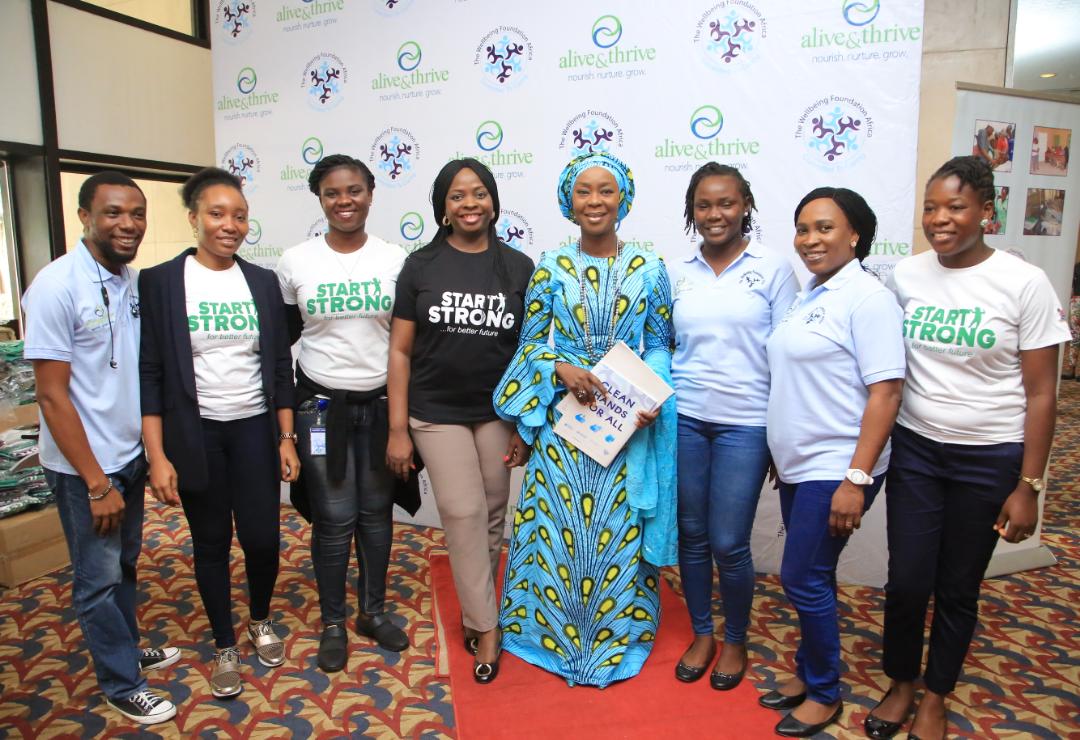